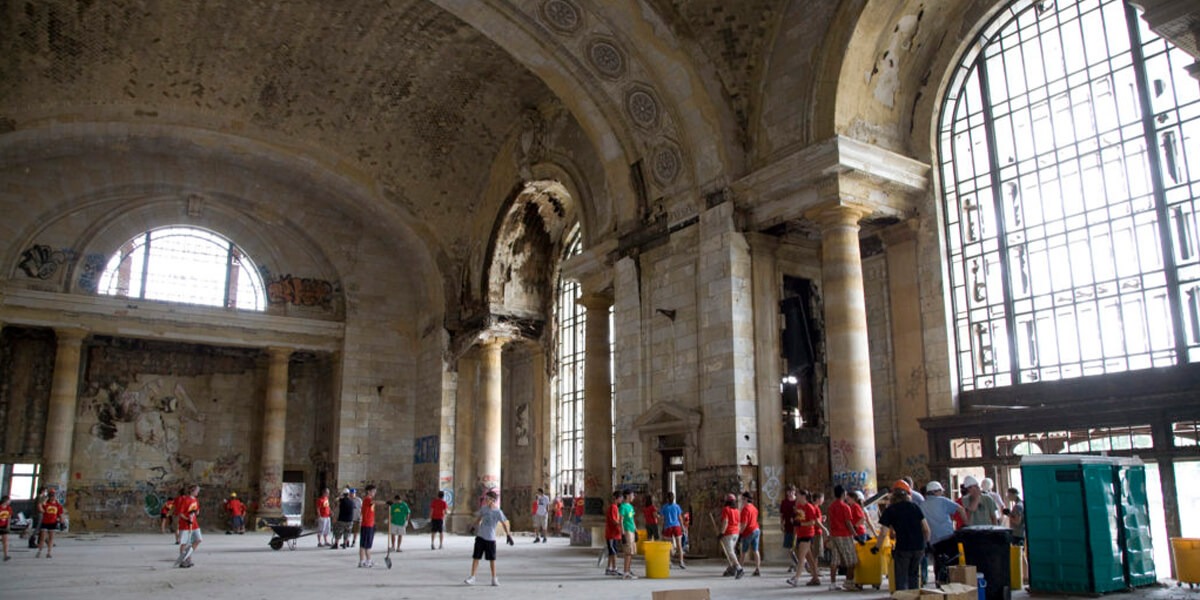 The Michigan Central Railroad Station was Detroit’s main mass transit point of entry, an elaborate structure that was the world’s tallest at the time of its 1913 construction. Designed by noted architects Warren & Wetmore (the team that designed New York City’s Grand Central Station), its cost surpassed $2.5 million and its design was one of the most elaborate in the nation. Closed in the late 1980s, the station is currently vacant and heavily damaged. It was listed in the Michigan Register of Historic Places in 1974 and in the National Register of Historic Places in 1975.

Exposed to the elements through much of the 1990s, the station has been vandalized. Its plaster and brass details have either been removed by scavengers or damaged by vandals. Currently, discussion has centered on renovating the grand building to host a trade processing center, convention center and casino, Detroit police headquarters and Michigan State police headquarters.