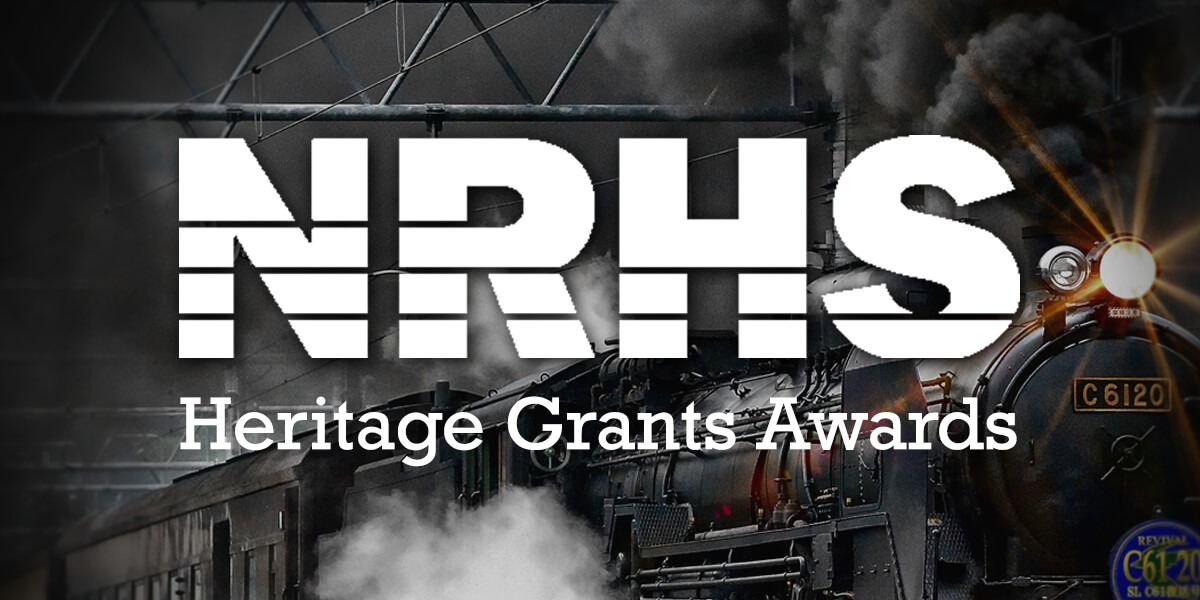 The National Railway Historical Society (NRHS) has announced eight recipients of its annual Heritage Grants Program. The 2018 heritage grant awards total $21,000. The recipients are not for proft organizations, including historical societies, museums, and a NRHS Chapter.

This year’s grants were awarded to the following recipients:

$2,500 to the Lee Hall Train Station Foundation in Newport News, Virginia to enable the purchase and installation of ten windows for a former United States Army World War II military hospital rail car used to transport wounded soldiers from major ports to medical centers. Upon its complete restoration and painting, the car will be placed on new track adjacent to the historic Chesapeake & Ohio Lee Hall Depot.

$2,500 to the Greenville Junction Depot Friends in Greenville, Maine towards the installation of sheathing and shingles for a permanent roof on an 1889 Queen Anne style Canadian Pacifc Railway Depot that features a conical “witches hat” fnial, the only such feature on any Canadian Pacifc depot in Maine. This Depot is listed on the Maine Register of Historic Places.

$4,500 to the Alexander Chapter-NRHS, Inc. in Hickory, North Carolina for the replacement of the exterior and interior wood sheathing on a rare wooden Southern Railway cupola caboose, X2715, built in 1924 and which served the railroad for 50 years. It is one of only two existing Southern Railway wooden cabooses.

$2,500 to the Rural Retreat Depot Foundation in Rural Retreat, Virginia towards the creation of visual displays for the restored Norfolk & Western Rural Retreat Depot. The displays will include poster panels, documents, videos and touchscreen interactive tablets that will trace the evolution of the Depot, the town, and the four railroads that successively served the Depot. The Depot is famous as the subject of one of O. Winston Link’s iconic night photographs.

$4,000 to the Transport Museum Association in St. Louis, Missouri for the cost of purchasing archival storage boxes and steel shelving to store oversize documents and engineering drawings. The oversize materials include rare documents and drawings from ACF Industries, the Steam Locomotive Research Institute, the St Louis Car Company, Missouri Pacifc, Norfolk and Western, Union Pacifc, and other major railroads.

$1,500 to the Allen County Historical Society and Museum in Scottsville, Kentucky for the exterior restoration of former Louisville & Nashville Railroad 70 ton diesel switch engine that was the last locomotive that served the town of Scottsville and the Scottsville branch. The locomotive will be placed next to the Scottsville Depot that is currently in the process of being restored.

$1,000 to the Berkshire Scenic Railway Museum, Inc. (BSRM) in Lenox, Massachusetts towards the restoration of running gear on a Budd Company Rail Diesel Car (RDC). Built in 1953 for the New York, New Haven & Hartford Railroad (NH) and later serving the Penn Central Railroad and the Massachusetts Bay Transportation Company, the RDC ran for 36 years. It is a uniquely “named” NH RDC and still carries the logo of the Firestone Corporation, one of the NH’s customers. In addition to operating a museum, the BSRM runs a tourist train between Adams and North Adams, Massachusetts.

A downloadable .PDF file is available at the bottom of the Heritage Grants page.