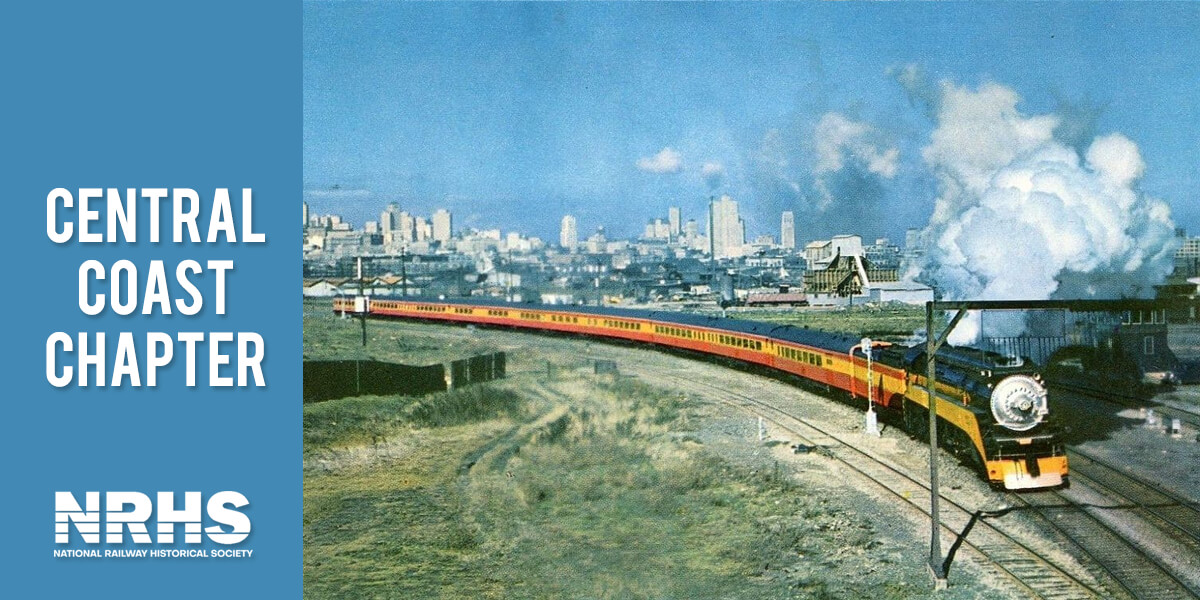 The Central Coast Chapter of NRHS, also known as the Central Coast Railroad Club, is a San Jose-based railfan organization dedicated to the preservation of western railroad history with a special emphasis on the Bay Area and San Jose. The Central Coast Chapter is a very active group of men and women. Since the club’s inception in 1952, our members have studied and preserved the passing railroad scene in the form of photographs, the written word, and a growing collection of artifacts. all of which are documented and presented in the club’s excellent monthly publication, the Ferroequinologist, and in the exceptional multimedia programs presented by members during our monthly meetings. The club also directly participates in railroading by sponsoring excursions. From our first excursion on the Stockton Terminal & Eastern in 1952 to our June of 2011 Northern California Explorer circle trip up the famous Feather River Canyon and Inside Gateway, the club is not only documenting railroad history, but is making railroad history too. As an NRHS chapter, the Central Coast Railroad Club has proudly hosted three NRHS national conventions over the years. By participating in and recording railroad activity in the 21st Century, our chapter is preserving that history for tomorrow.