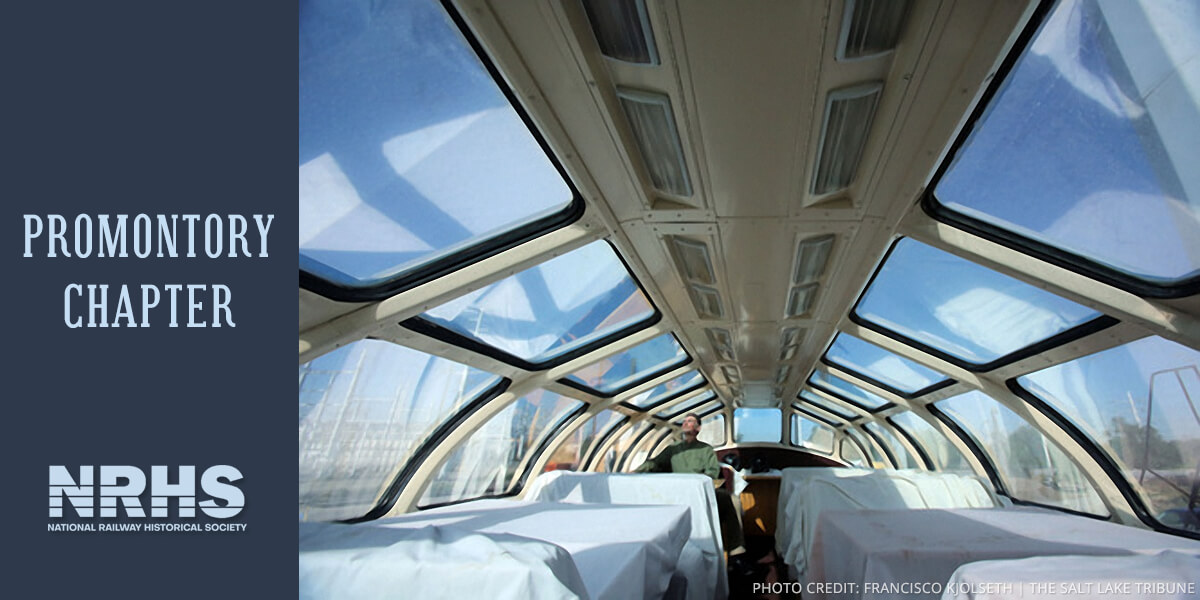 The Promontory Chapter of the NRHS was established in 1966. The chapter owns and operates two passenger cars, The Moonlight Dome a former C&O, the passenger car is Amtrak certified and has made several excursion trips in the US with the Promontory Chapter, also a former Union Pacific passenger car is used for meetings and has a library with hundred’s of railroad related books and video’s for the members to enjoy. The Promontory Chapter is also involved with working with other railroad groups to help with the preservation of the railroad history from Utah and the surrounding region, the chapter members can also take several tours and trips of different railroad sites that are not offered to the public.