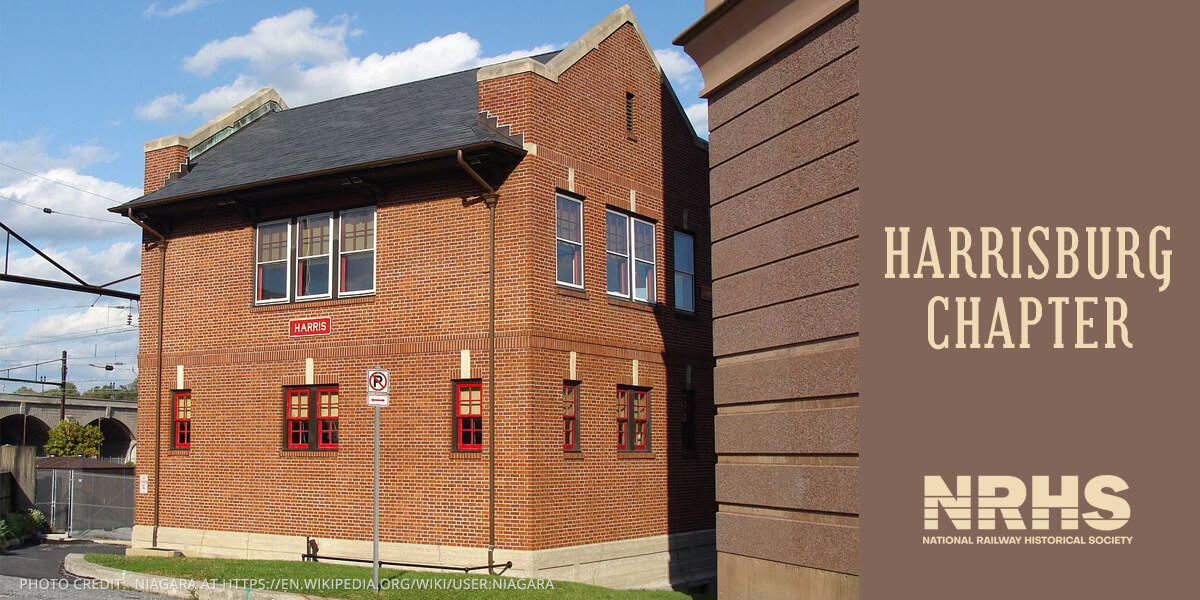 Harrisburg Chapter has been preserving railroad heritage for more than 50 years. The Chapter meets monthly on the second Tuesday, except July and August when it sponsors train excursions and the Chapter picnic. The Chapter owns and operates Harris Switch Tower Museum, a restored 1930 PRR interlocking tower which once controlled all Harrisburg Passenger Station traffic to and from the west. The Chapter also owns GG1 No. 4859 and a vintage PRR wooden cabin car, both on display at the Harrisburg Amtrak Station. The popular Annual Railroadiana Show held in March is well-attended by members and the public. Visitors are always welcome at meetings and encouraged to visit the Chapter website.