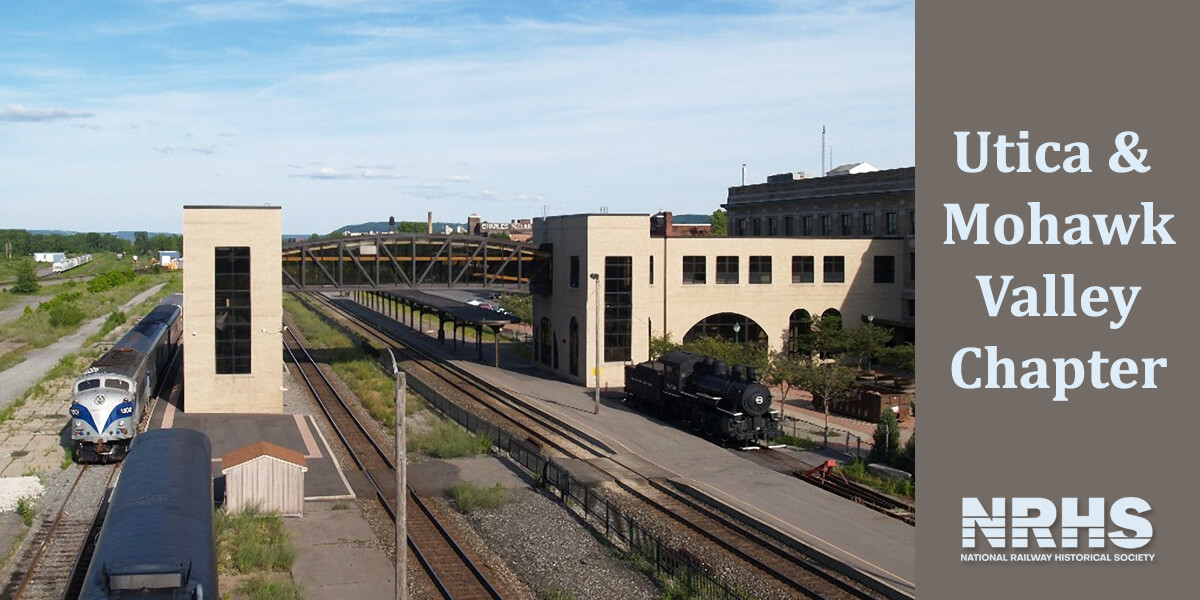 In 1977, the fight to save Utica Union Station and the Adirondack Railway’s plans to reopen the abandoned Utica-Lake Placid line prompted formation of the Utica & Mohawk Valley Chapter. Members hailed the decision to save the station, and were encouraged by the public response to the Adirondack operation, despite its ultimate bankruptcy. We later established our archives in former New York Central crew quarters in the station and in 1992 lent our 501(c)(3) non-profit status to the Adirondack Centennial Railroad demonstration project. The latter proved so successful that in 1994 it gave birth to the independent Adirondack Scenic Railroad. Many U&MV Chapter members volunteer on the railroad and we have have contributed to various related restoration projects. For over 20 years we maintained a rolling stock display at the Children’s Museum next door to Union Station; a breakdown in relations caused us to seek new homes for the equipment in 2011. Not affected is New York Central 0-6-0 6721, on display at Union Station since 1999. New members and guests are always welcome!