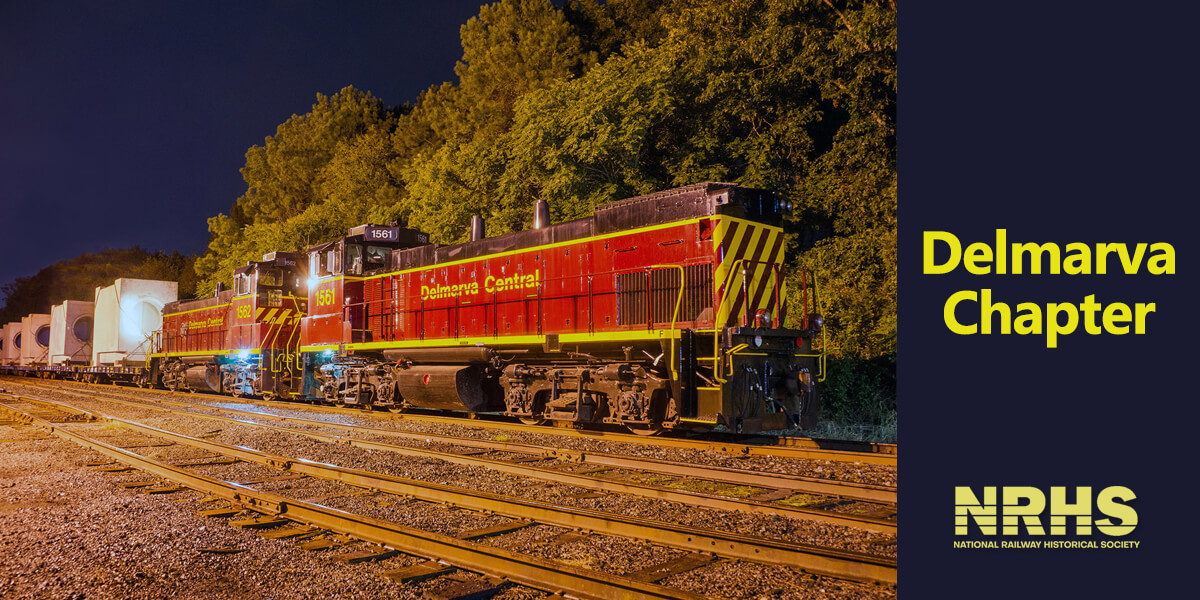 The Delmarva Chapter, a non-profit organization, based in Parksley, Virginia, was chartered in 1990; most members are residents of Maryland, Delaware and Virginia. Over the years, the Chapter has hosted many excursions in our area. Our current project is the restoration of a 1927 Pullman parlor observation car. A highlight, each year, is our Santa Train, sponsored by the Bay Coast Railroad & formerly the Eastern Shore Railroad, Great Parksley Association & the Chapter, the Train originates in Cape Charles, VA & terminates in Parksley, with Santa, Mrs. Claus & visits at eight towns along the way.